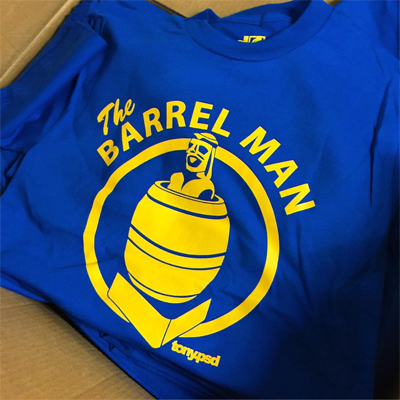 He's back! The "BayArea" Barrel Man is back for the summer in a blue & yellow # Dub Nation color way available in men's small - 3XL! Limited to 50 prints, order em' here: www.tonypsd.bigcartel.com 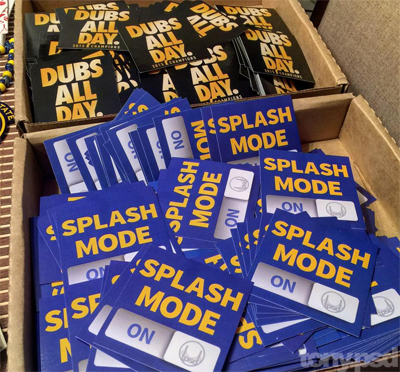 Hot off the press: Stickers came in! They'll be distributed accordingly. If you didn't receive these on the first print run of the Dubs All Day Gold shirt release, I'll be happy to mail you some AND... Do a few social media contests for fans to win sticker packs! These turned out great Dubs fans! 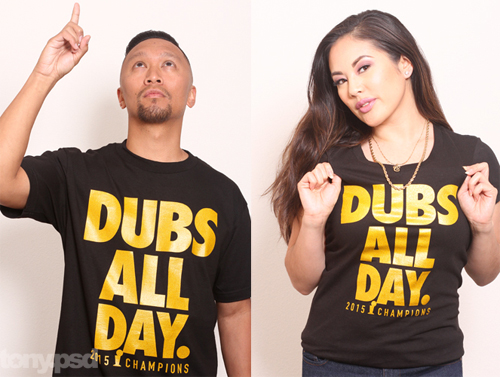 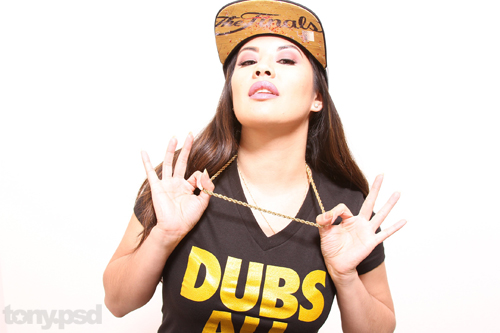 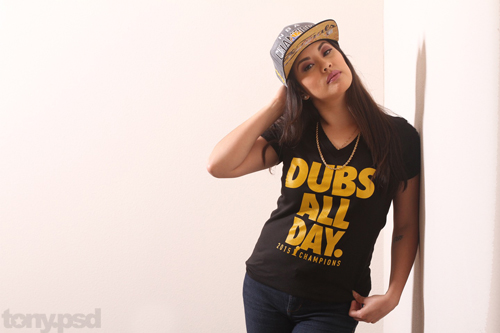 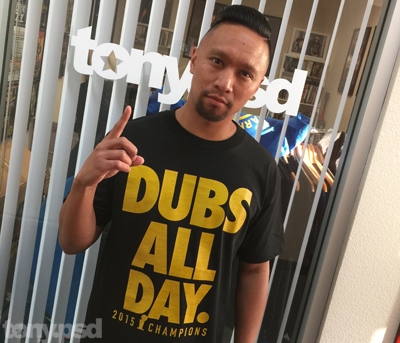 To celebrate the Dubs going all the way, I released a special edition "Dubs All Day" tee in a gold print. The first 2 print runs sold out in a matter of hours! I've got more coming in within the next few days.(this print run may be the last one) Simple says a lot and this edition of Dubs All Day reps that winning spirit of going all the way! (special thanks again to Mark, Crystal and Germel!) 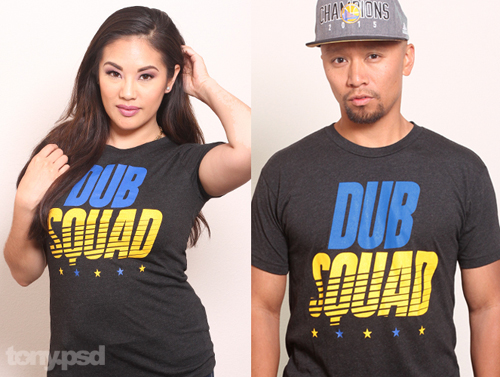 New Dub Squad 2.0 color way courtesy of Tony.psd x Anthems Designs! These mens 100% cotton "Next Level" fitted designs are available only through  our respected sites. Loving the fit on both these designs and the heather grey color way goes great with your Warriors Grey Championship Hat! Special thanks to Mark (photographer), Crystal and Germel for helping me with the photoshoot! 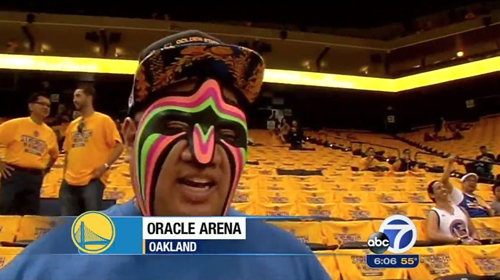 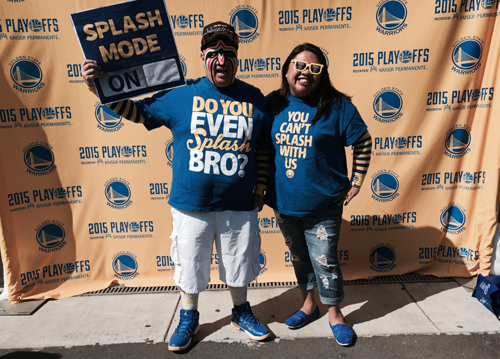 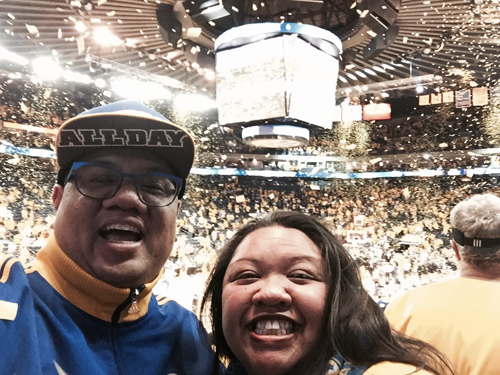 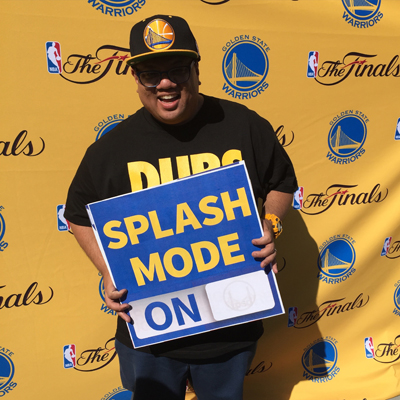 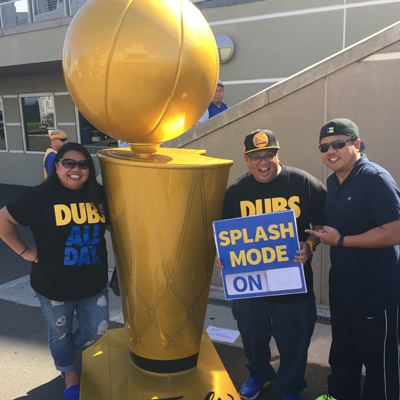 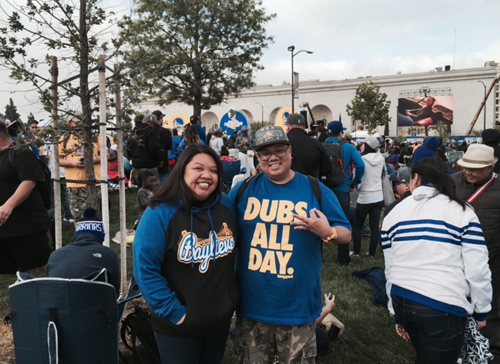 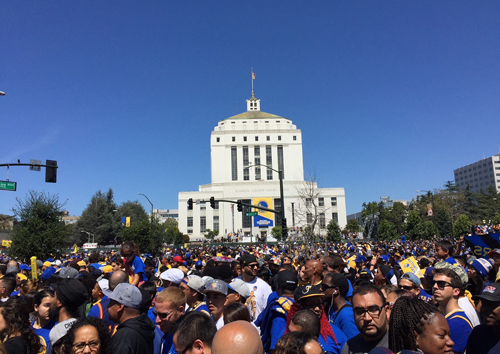 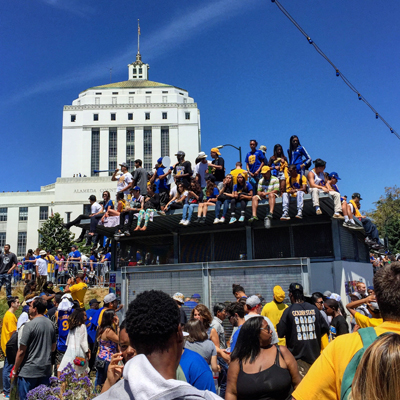 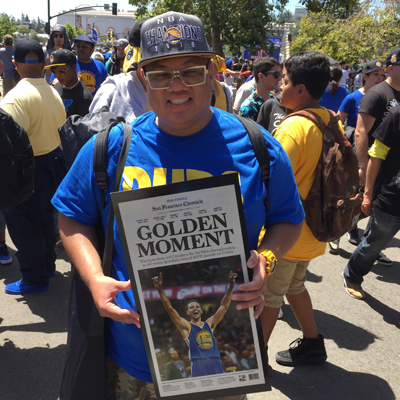 Extremely late post! After a 2 month hiatus I'm back and boy has a lot happened! First off, let me just say: Oh what a season!!!! 67-15 regular season, Western Division & Conference Champions, a trip to the finals AND the CHAMPIONSHIP BABY!!! Not to mention MVP awards to Stephen Curry (Season), Finals MVP to Andre Iguodala, oh and pay days for Klay Thompson and Draymond Green who signed max deals... A Golden moment indeed!

Above are a handful of pics from the start of the playoffs all the way to the Warriors Parade that followed. Words cannot explain the joy my wife and I feeling along with the millions of Warrior fans. We did it! Cheers Dub Nation - On to the next! 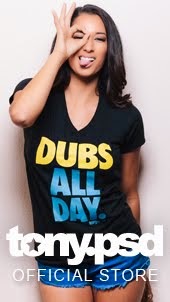